So about last night…

Tuesday May 5th was definitely one of the most historic days for Alberta I can remember.  Not only did we see sweeping political change but the Flames pulled out a thrilling playoff victory on overtime!

You could feel the buzz in Calgary on Wednesday morning, there was excitement, nervousness and a bit of fear about what is going to happen next.  I was standing in line to get coffee and I heard no less than 3 different conversations happening around me about how this new government was either the best thing that could happen or the worst thing that could happen.  You could hear people digging into their points of view and defending why they were right and the other person was wrong.

It’s so interesting to see how people react to change, there’s the excitement of something new followed quickly by the reality of something new.  Will this new thing be better or worse than the old thing?  What’s going to happen to me and my world because of this new thing?  Is it a threat or an opportunity?

We are assessment machines by nature, constantly assessing the future to look for threats and opportunities.  Throw a big change at people and we go into assessment overdrive.  We try to map our expectations against an unknown landscape.  What happens if we can’t imagine a future with this new change?  Then we panic, we assess that our safety is threatened and we prepare to fight.  That’s what I heard while I waited in line for coffee this morning.  I heard a lot of people trying to map their assessments or expectations about the future against this new change in the political landscape.

The danger of getting to entrenched in your assessments (good or bad) is that they begin to look like facts, like what you believe is the truth and anyone who doesn’t believe it as well is wrong.  We limit ourselves when we dig in on our piont of view so strongly.  It’s so important to be thoughtful, open and considerate of another point of view. You never know, you could discover a whole new way of seeing the world. 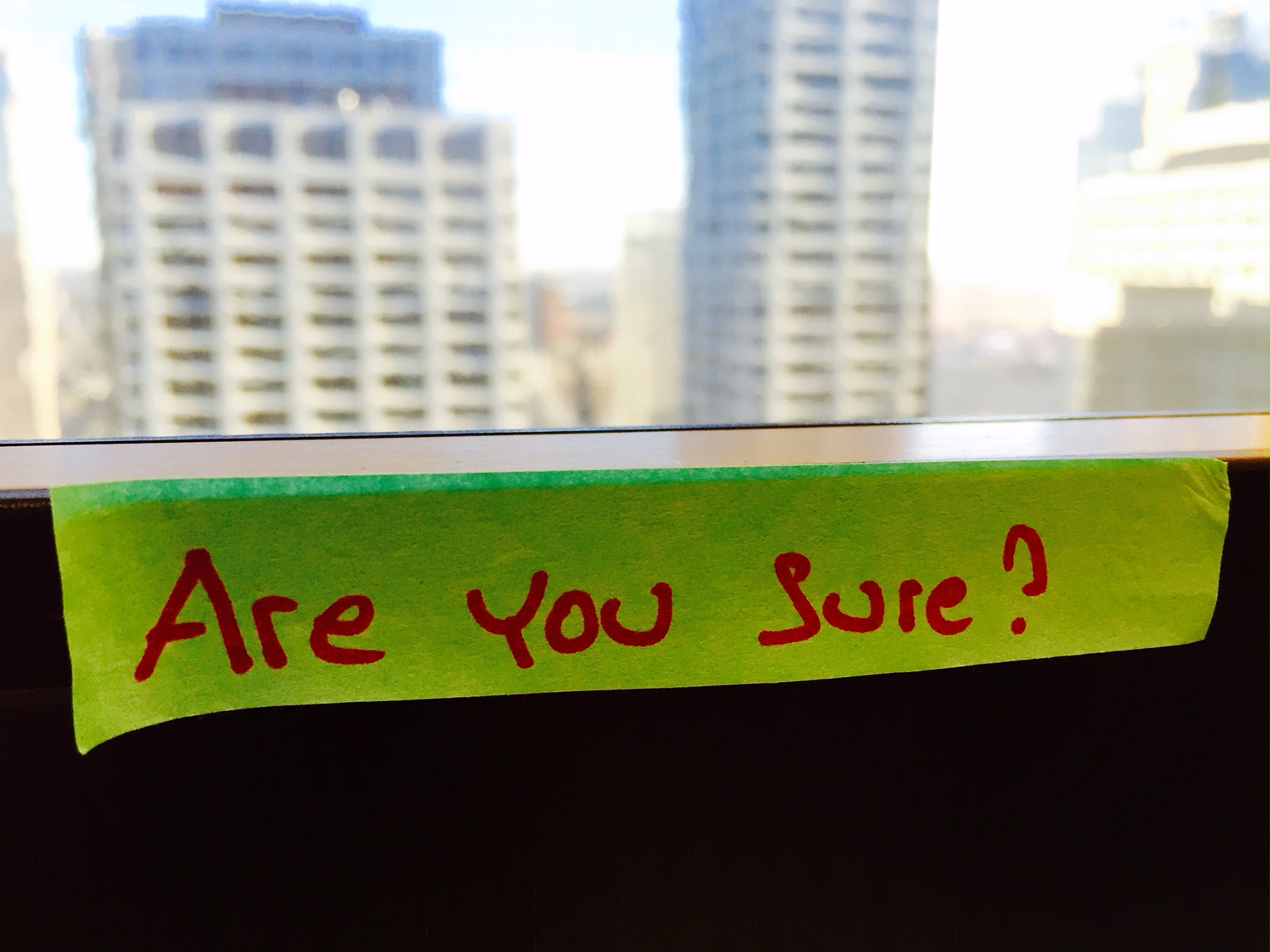 Everyday I tell myself that today I’m going to welcome all new ideas, perspectives and opinions with open arms, I’m definitely not going to get stuck thinking that my point of view is ‘right’ or that my way of doing something is the only way it can get done.

Now how many days actually go like that?  Not very many…

I know there is a chance that someone else might know more than me, might be more creative, could bring new and unique perspective to a challenge I’m working on.  So why do I sometimes find myself getting dug in on wanting my way, or thinking I’m right because you know… I think I’m right.

Wouldn’t it be great if our natural response to a different perspective was “Wow how lucky am I, now I have two great points of view to consider!”  I think it’s natural to feel like we need to defend our POV, we are a reflection of our beliefs, so if our beliefs are challenged then in a way our value is being questioned.

Where it gets tricky is separating fact from fiction.  So often what we hold onto as “true” is not true it’s just our opinion.  Yet as soon as we label it as true it becomes a fact for us, something that could define us.  It becomes something we have to defend.  If I believe something to be true and you believe something different then by default what you believe is false.

The best example of this is watching two commentators on CNN argue about the politics.  Both sides present so many compelling “”Facts” about why their side is right and the other side is wrong.  There are no facts, there are just opinions, and I think we all know what they say about opinions and a certain body part 😉

Here’s an experiment you can try.  Put a Post It note on your monitor or somewhere you will see it all the time that says “ARE YOU SURE?”  The next time you feel like you are right and they are wrong or you have to defend your truth take a second and ask yourself “Are you Sure?”  Are you really right?  Is this really a fact or could it be your opinion?  If you find it is just your opinion then it’s much easier to open up and consider a new viewpoint.  You never know, maybe that will lead to a new possibility for action that you never considered.